The result of an alterations and addition project to a single fronted double brick Victorian terrace located in Brunswick, the existing building was a two bedroom home with a 70’s built lean-to at the rear.

The period façade and front sitting room was retained and refurbished in the existing Victorian style as a spare bedroom space. The end of the entry hall archway marked the transition from the older ornate detailing to the contemporary new addition.

The ground floor became a long narrow open plan living space comprising of kitchen, living and dining opening onto the courtyard. The narrow nature and orientation of the allotment, along with severe restrictions from local planning authorities relating to building form, resulted in a design solution that cut into the first floor building form to allow for light to reach into the depth of the plan. A series of skylights punch through the ceiling of the ground floor space proving soft natural light.

The first floor bedroom arrangement centres on a light filled gallery space that also serves as the circulation area up to the large roof deck. This outdoor space is bordered by timber screening that rises up to block the immediate adjoining neighbouring roofs from view and condition the outlook toward the front of the house, over the old façade in the foreground to the distant cityscape views beyond.

A neutral paired back material palette with a focus on soft whites, and small timber highlight details was designed to allow for a Scandinavian influenced modest selection of furniture and single key artwork pieces. 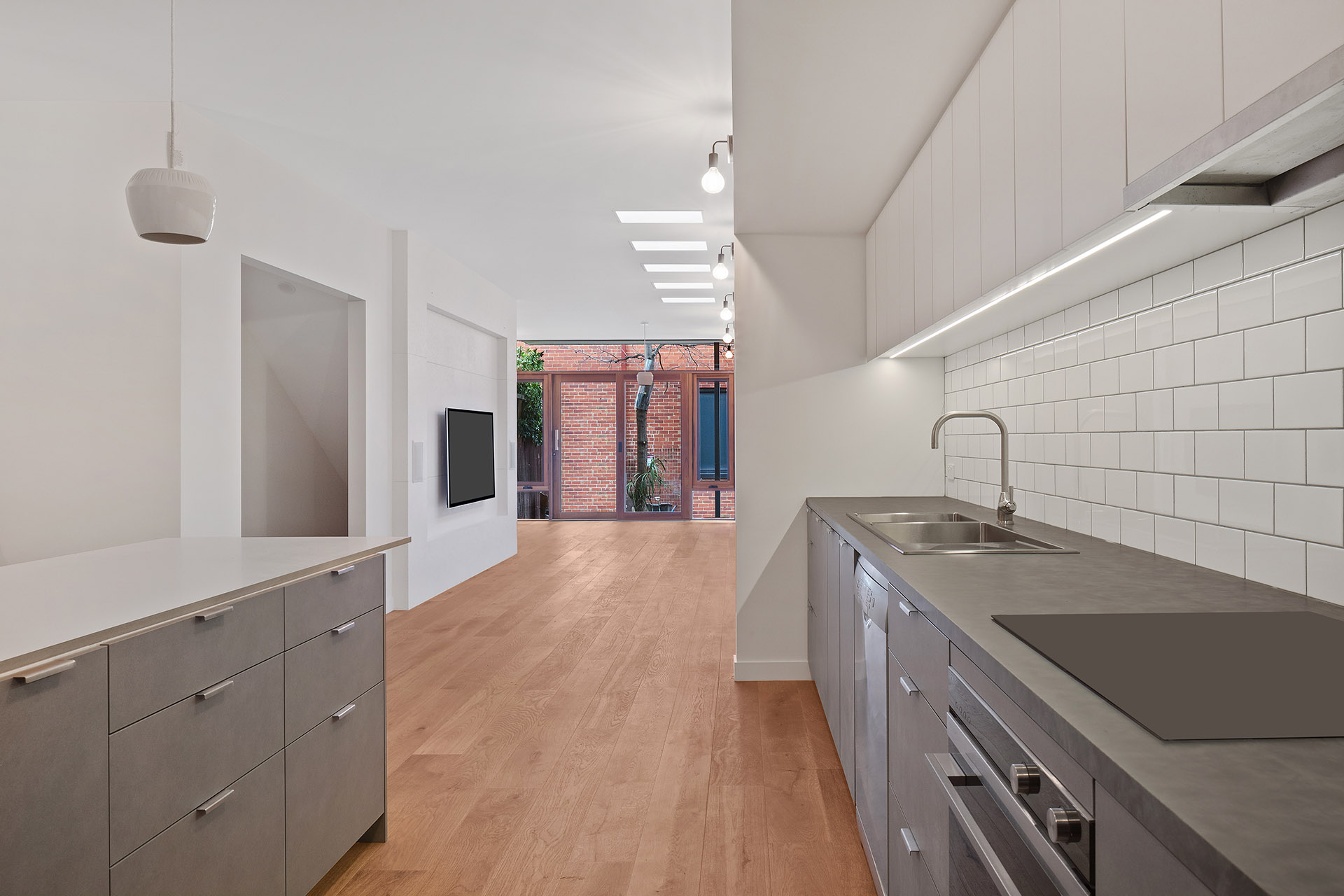 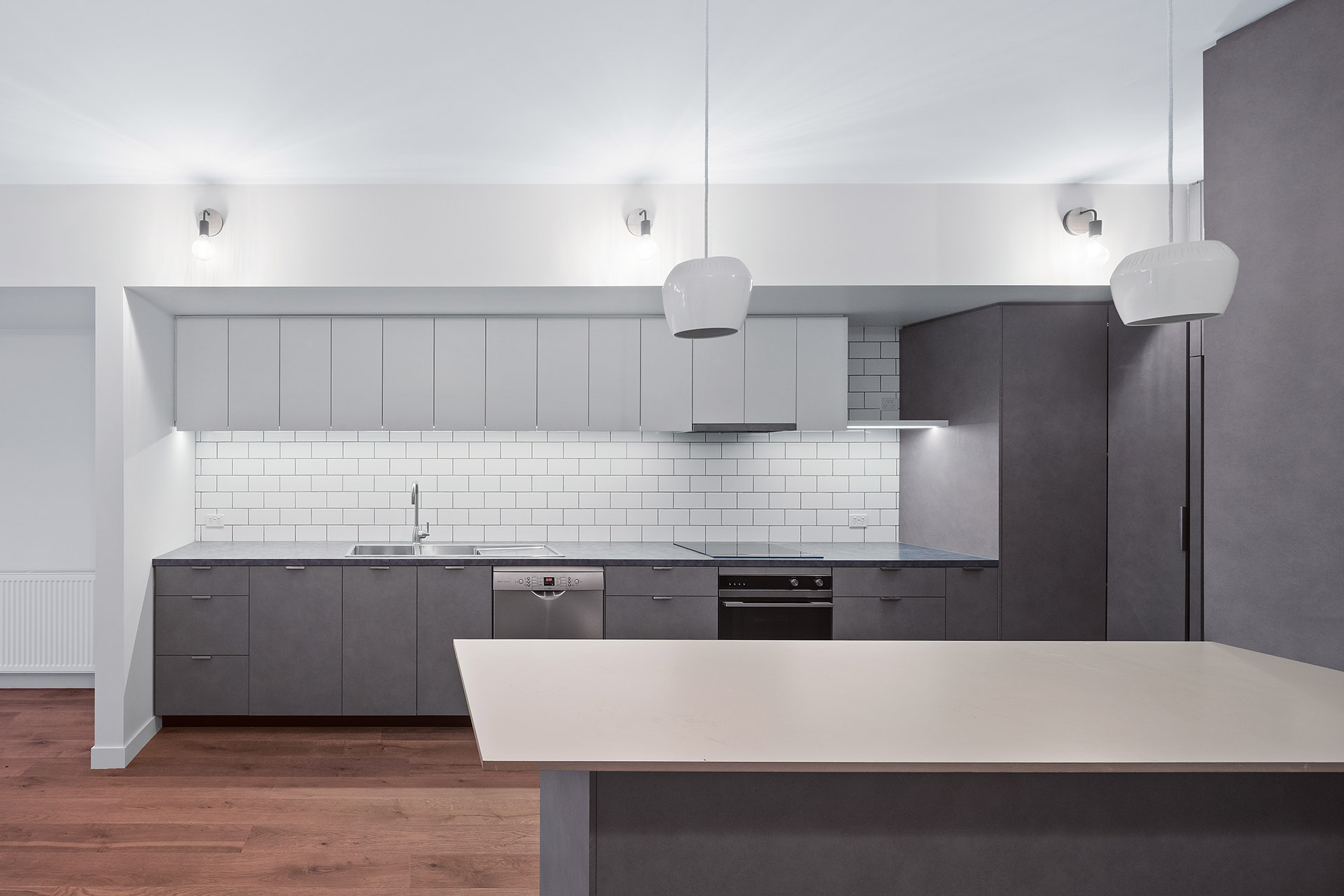 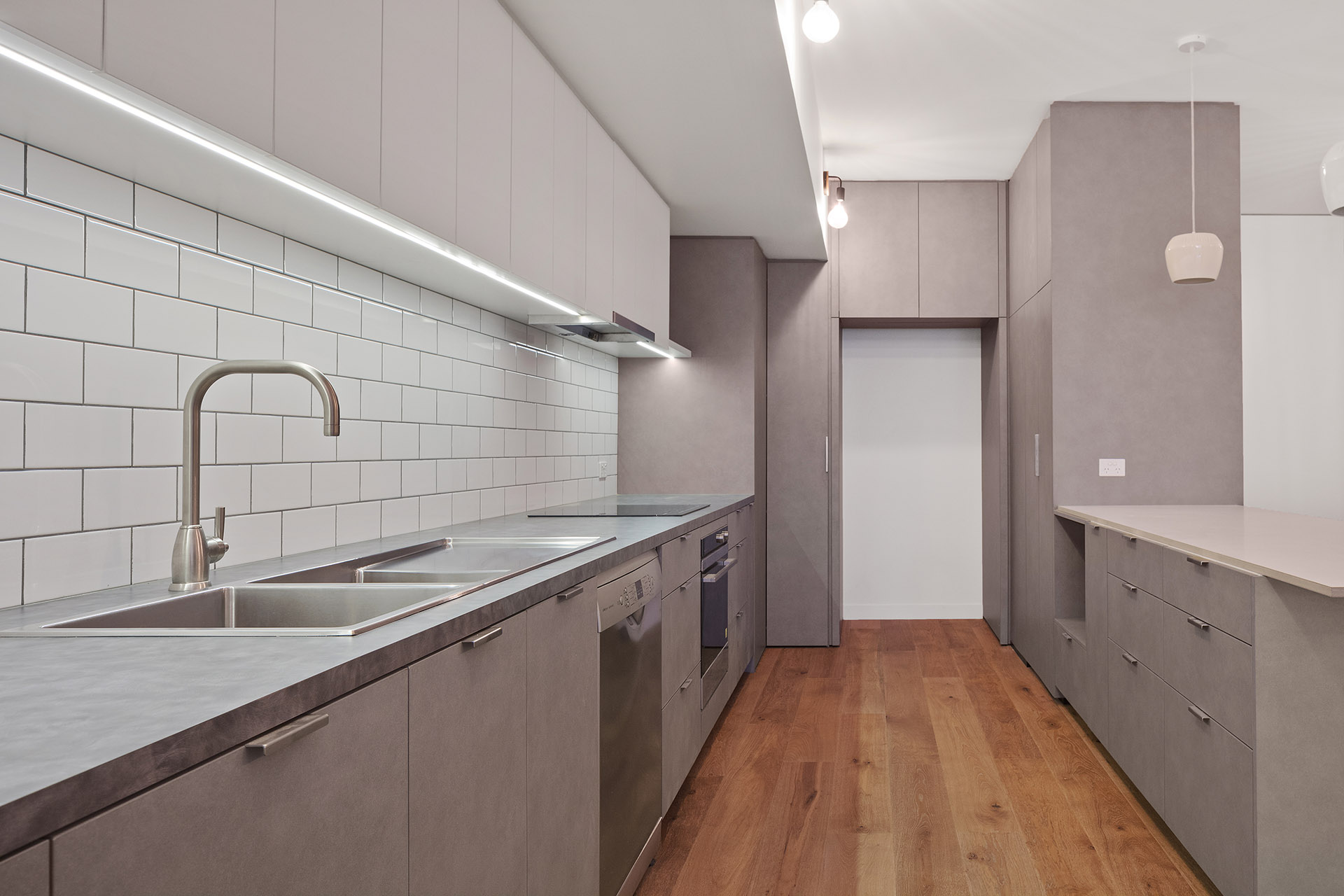 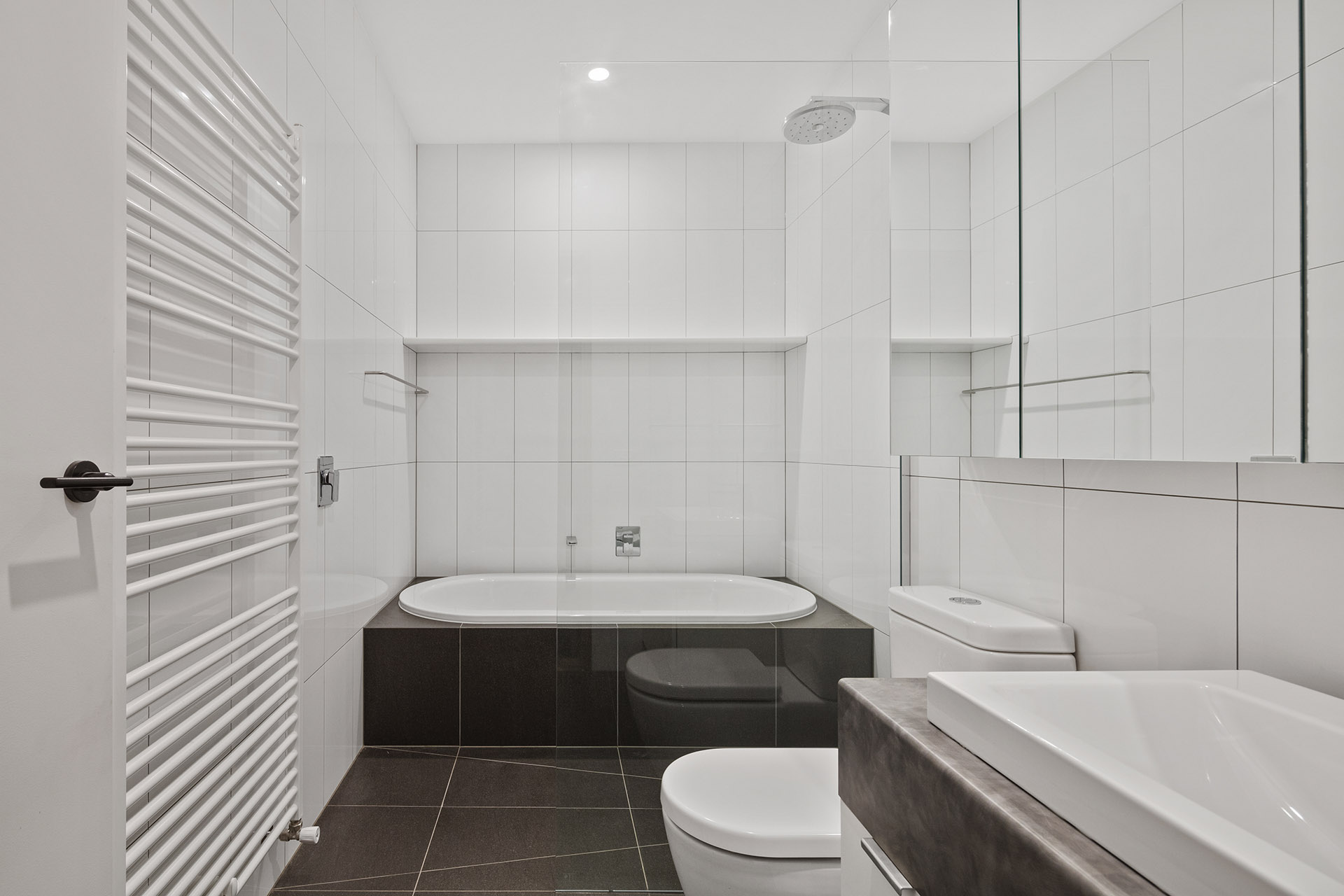 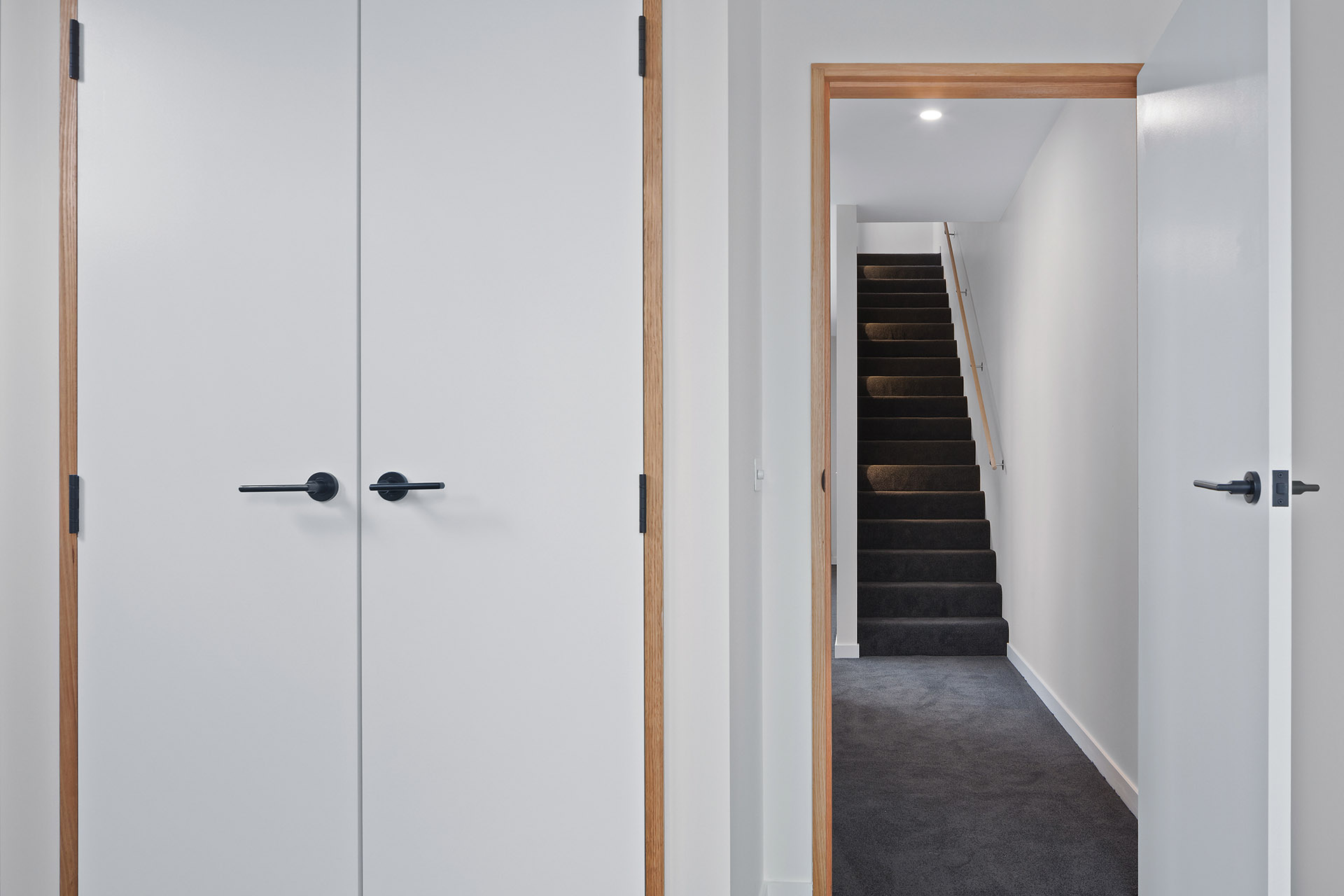 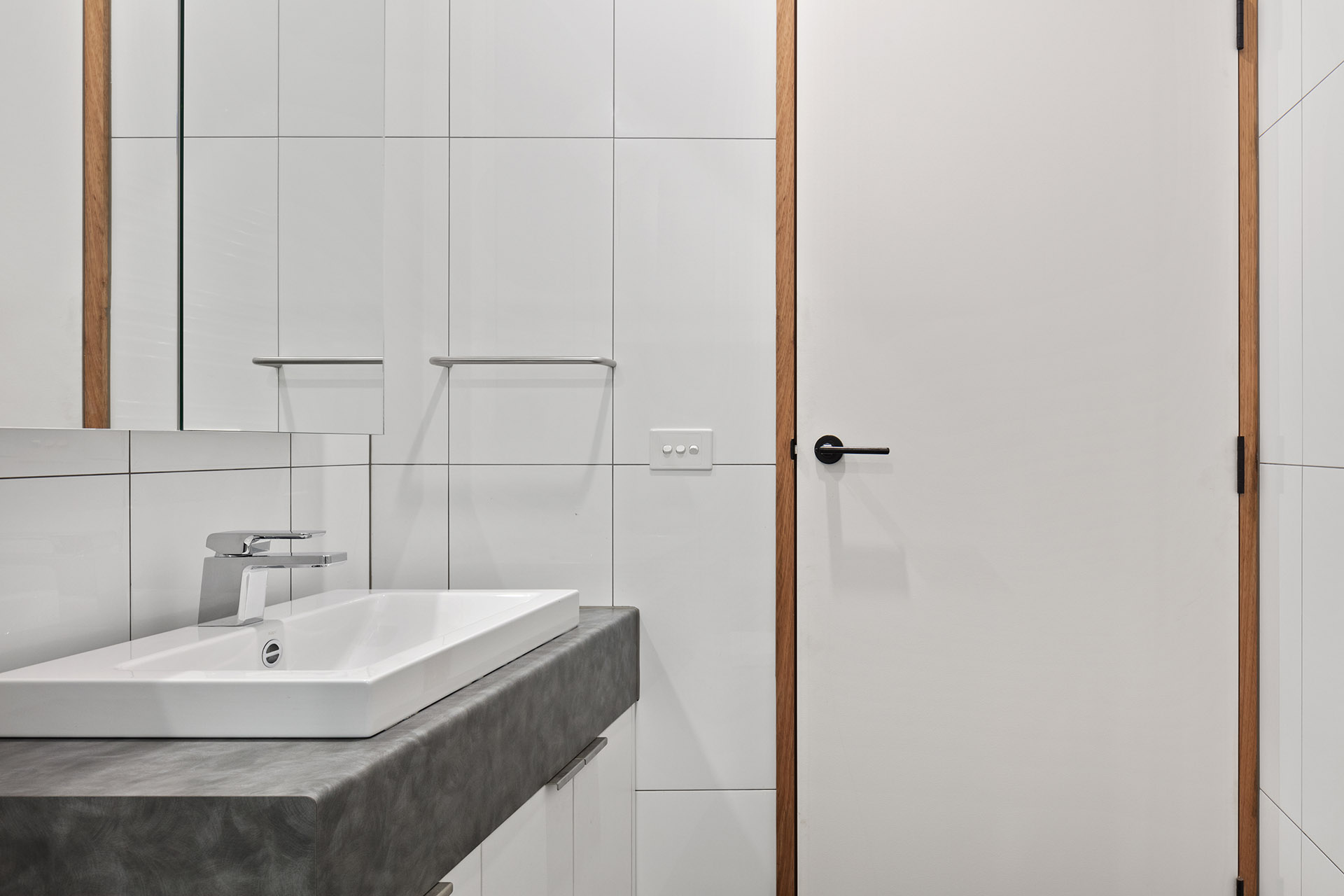 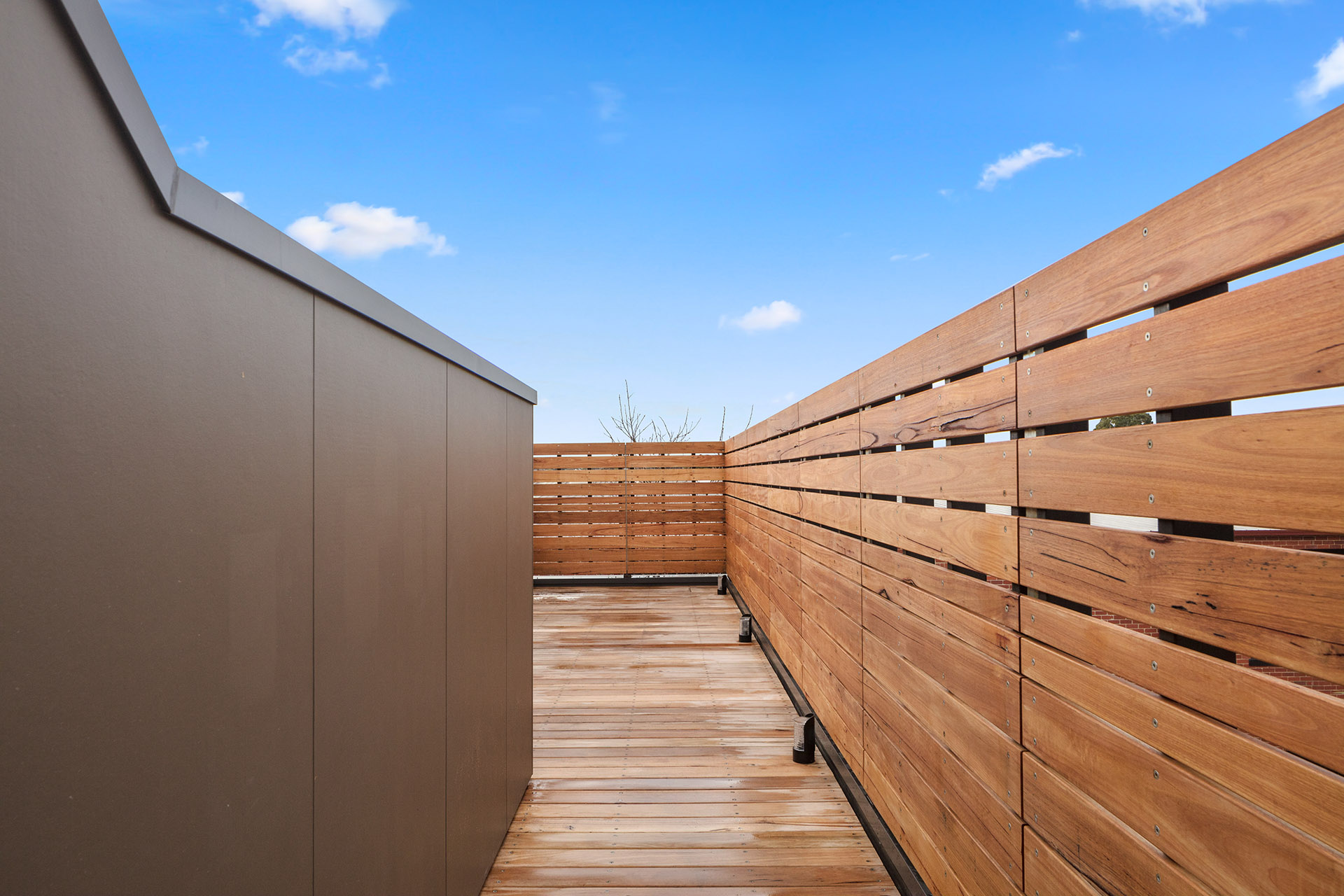 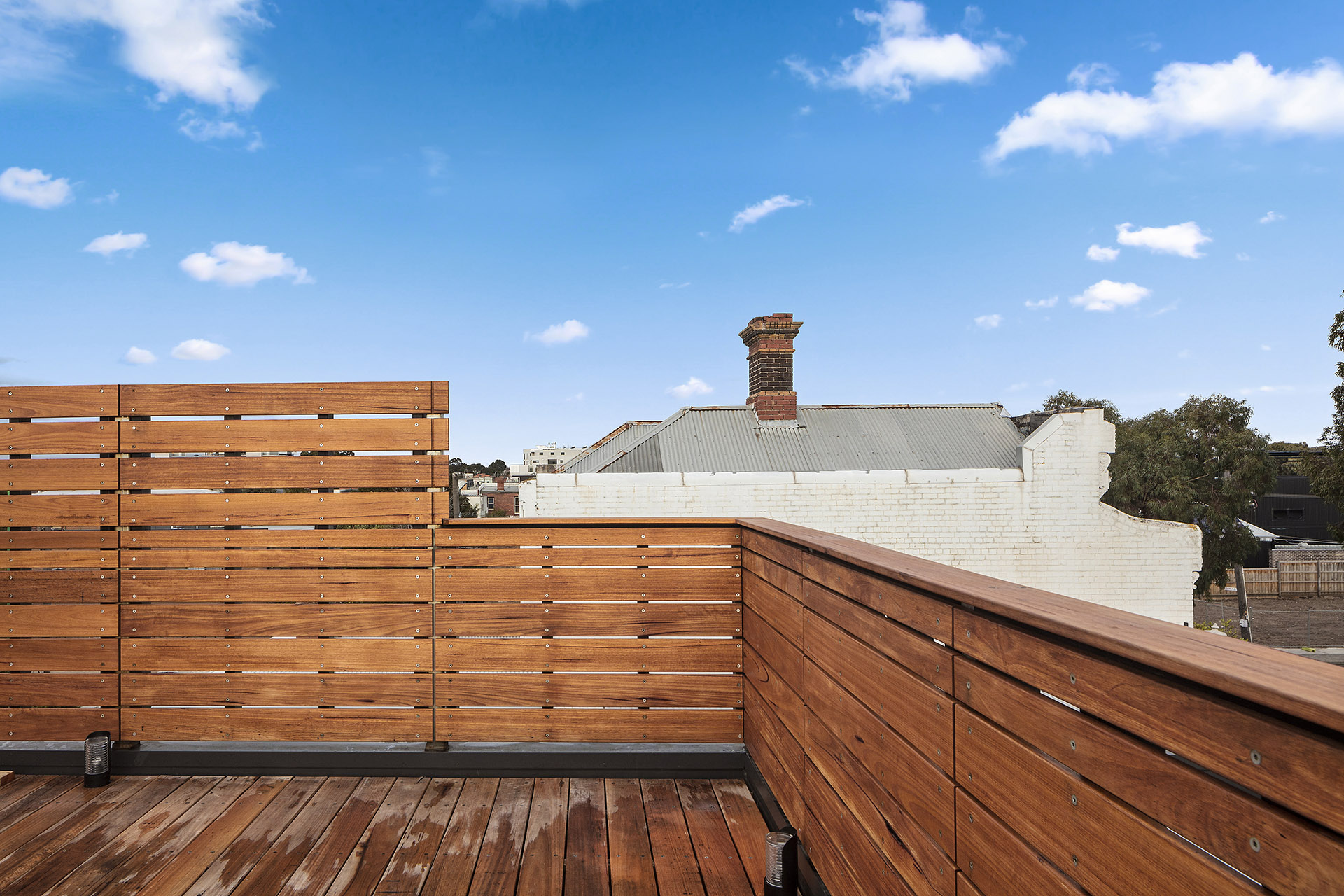 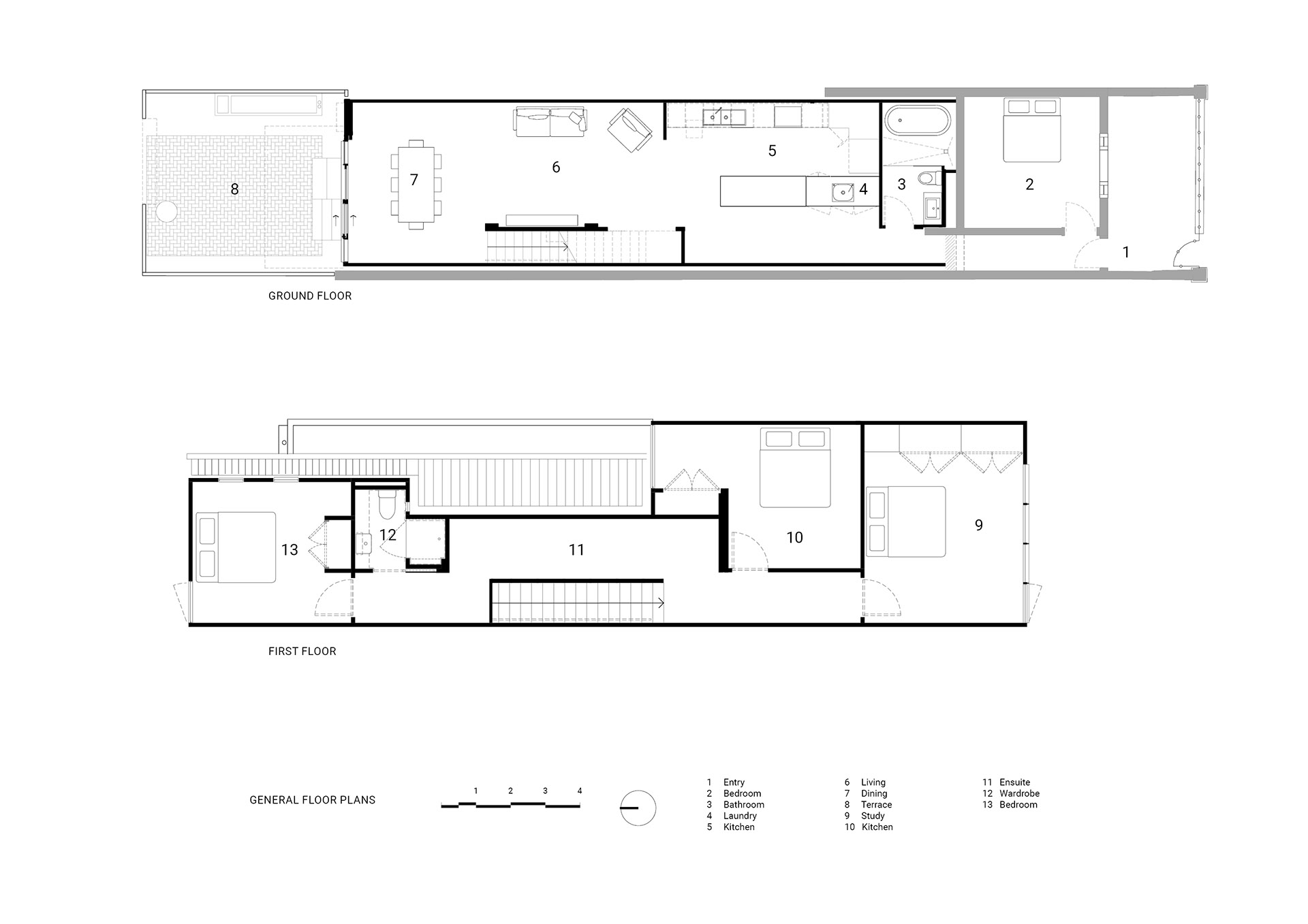